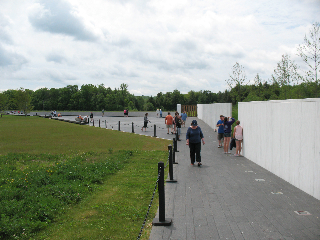 9/11 Memorial New York, New York – Honoring the lives of those who were lost is at the heart of our mission. Occupying eight of the 16 acres at the World Trade Center, the Memorial is a tribute to the past and a place of hope for the future.

Flight 93 National Memorial A common field one day. A field of honor forever.
On Tuesday morning, September 11, 2001, the U.S. came under attack when four commercial airliners were hijacked and used to strike targets on the ground. Nearly 3,000 people tragically lost their lives. Because of the actions of the 40 passengers and crew aboard one of the planes, Flight 93, the attack on the U.S. Capitol was thwarted.

9/11 Pentagon Memorial -The 9/11 Pentagon Visitor Education Center will be a place where visitors from around the world can learn about the events of September 11, 2001, the lives lost that day, and the historic significance of the Pentagon Memorial site. With the guidance and oversight of National Geographic, the project’s official education partner, the Center’s interactive exhibits and educational programs will give visitors a sense of the broad impact of the tragedy from a variety of perspectives told through stories of the courage, resilience and resilient spirit demonstrated by Pentagon employees, first responders and residents of the area.

on the design concept and material. You may forward your comments or desires to the following email address: web@washtwp-franklin.org. The 9-11 Tribute Committee mission is to find the best way to display the 9-11 artifacts to honor the victims and provide a location where we will always remember what happened on 9-11. A subcommittee was formed to incorporate all the essential features into o

designs presented during the October 18,ne design including but not limited to the model 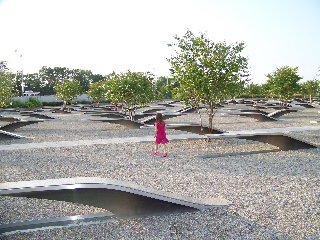