The Burning of Chambersburg had its roots in destruction of private property by Federal troops in the Shenandoah Valley. As a result, Confederate general Jubal A Early ordered McCausland to mount this destructive raid. Unable to meet the ransom demand, the town was torched on the morning of July 30. In the process, many of the Confederate got drunk and ran amuck throughout Chambersburg looting businesses and private homes. When some rebels asked the County School Superintendent, Andrew J. McElwain if he had ever taught African –Americans, he answered in the affirmative. His home was then burned in retaliation. During the orgy of looting, at least three intoxicated Confederates got separated and were set upon by angry citizens and killed. 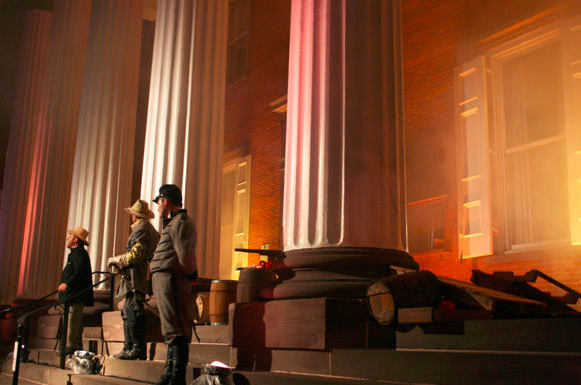 More than 500 structures, the entire inner core of Chambersburg, where destroyed.  Their destruction caused a shift in Union strategy in the region. Now the Union high command made sure that there was an improved cavalry presence along the border. The sacrifices of the county were also made by the men who went off to fight in the war. Around 5,000 area men served in more than 25 Union units during the conflict. They fought in every theater of the war. Many did not come home, and rest on far off battlefields in Virginia, Tennessee and other parts of the South. Franklin County’s involvement in the civil War is truly impressive. The events that occurred here are more than just incidents of local interest. They have national significance and were important to the progress and outcome of the war.