Chambersburg seminars/tours in 2014 kick off with salute to Bearss 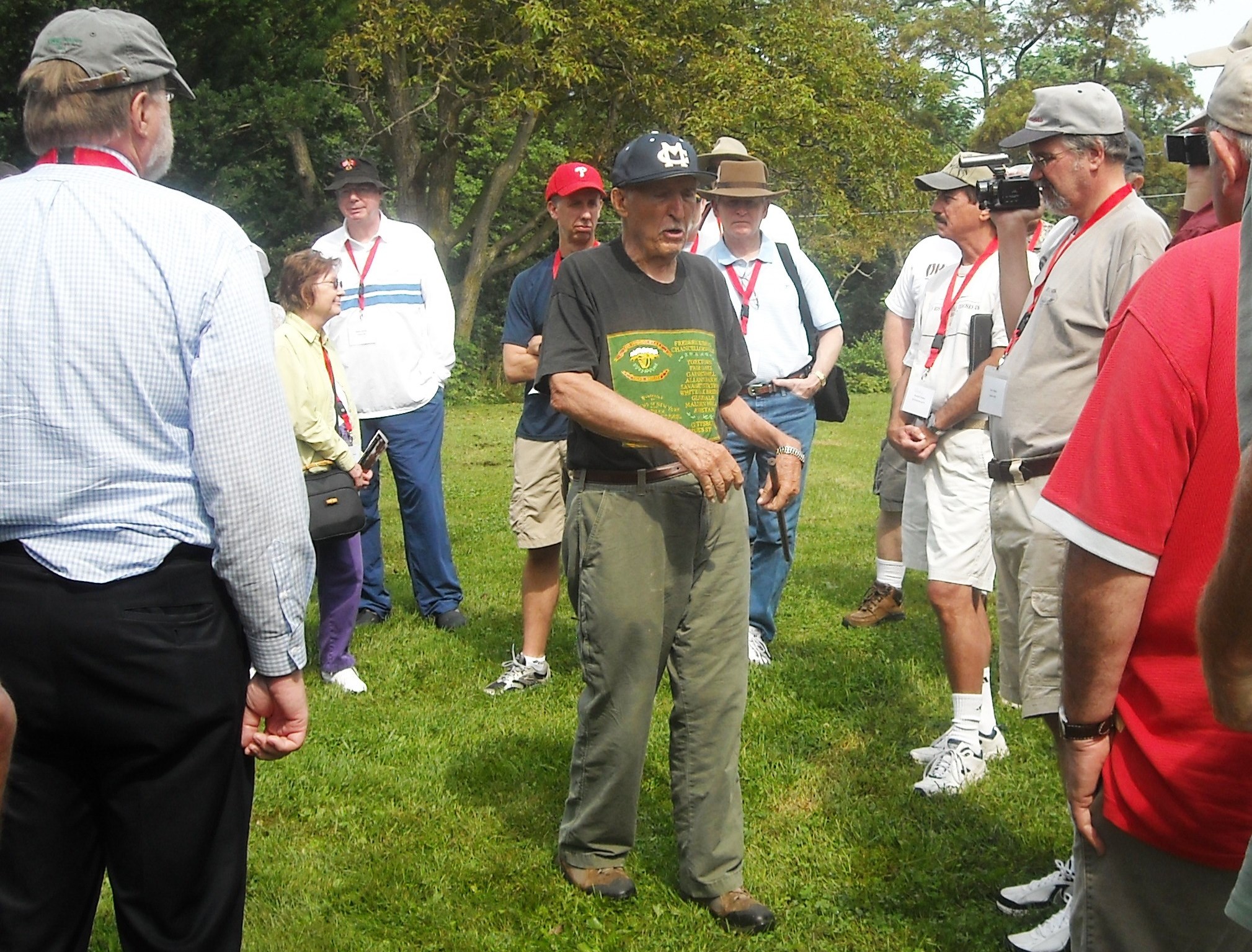 CHAMBERSBURG, Pa. — Chambersburg Civil War Seminars and Tours, an initiative of the Greater Chambersburg Chamber of Commerce, has announced its schedule for 2014. The seminars will kick off April 4-6 with “A Weekend with Ed Bearss,” followed by three seminars/tours that focus on war events of 1864.

A closer look at each of the four seminars planned in 2014:

●“A Weekend with Ed Bearss,” April 4-6, with the opening day devoted to Bearss’ career highlights and life experiences. Bearss is the chief historian emeritus of the National Park Service and has been a presenter at the Chambersburg seminars/tours since they began in 1989. Bearss is considered the nation’s foremost battlefield tour guide and has written several books about the Civil War. According to historian and author James McPherson, “Many have heard it said that you can take Ed Bearss, plop him blindfolded on a battlefield (Civil War, Revolutionary War, Indian Wars, World War II, it doesn’t really matter), spin him around three times, take off the blindfold, and he will not only tell you where he is, but what happened on the spot he is standing.”

During the weekend, Bearss will discuss his experiences in World War II, including his wounding in 1944, his work on salvaging and restoring the sunken gunboat U.S.S. Cairo; his work on the Battle of Brice’s Crossroads and more, including tributes to him for his more than 60 years of work promoting history. On the second day, April 5, Bearss will lead tours of the Antietam and Gettysburg battlefields. Both are short distances from Chambersburg, where the seminar will be based at Hampton Inn. Sessions on April 6 will include Bearss’ recollections of his interviews with President Lyndon Johnson in the planning and acquisition of the LBJ Ranch for the National Park Service.

A portion of the proceeds of this event will go to a battlefield preservation project of Bearss’ choosing.

●“Wilderness and Spotsylvania,” May 16-18, with tours related to the Spotsylvania battlefields. The seminar will be based in Fredericksburg, Va., at the Fredericksburg Hospitality House Hotel & Conference Center. Historian Robert K. Krick will lead an in-depth tour of this hallowed ground. Participants will get to view sites not often seen on standard tours of these battlefields. Historians Greg Mertz and Steward T. Henderson will lead discussions, too.

●“Terror on the Border: Summer 1864,” July 23-27, with historians Ed Bearss, Jeffry Wert, Mark Neely, Richard Sommers, B.F. Cooling and more. The seminar, based in Chambersburg, begins with an optional tour, “Jubal Early and the Lower Shenandoah Valley,” with Ed Bearss and Jeffry Wert.

The Wednesday/Weekend package begins with a walking tour of Chambersburg, the only town burned by Confederate soldiers north of the Mason-Dixon Line, led by historians Keven Walker and Ted Alexander. Ed Bearss and Steve French will lead a Thursday bus tour, “Chambersburg Avenged: The Road to Moorefield.” Friday’s events include a panel discussion and a Civil War Auction. A Saturday bus tour led by Ed Bearss covers the “Annual Invasion: Early’s Raid and the Battle Monocacy. Sunday’s activities include an optional tour, “Monocacy to Fort Stevens: Early’s Advance on Washington” led by B.F. Cooling.

●“Winchester to Fisher’s Hill,” Sept. 26-28, with historians Ed Bearss, Jeffry Wert, Eric Campbell, Eric Wittenberg and others. The seminar will be based in Chambersburg. The Sept. 27 Saturday tour will include the 3rd Winchester, Cedar Creek and Fisher’s Hill Battlefields. The Sept. 28 activities will include more lectures by nationally recognized historians.

The Chamber of Commerce offers the seminars in partnership with historian Ted Alexander. Pricing varies: Participants may attend the entire seminar or particular days.

For more information on the Civil War seminars, or to receive a brochure, call Lark Plessinger at 717-264-7101, Ext. 206, or visit www.chambersburgcivilwarseminars.org.