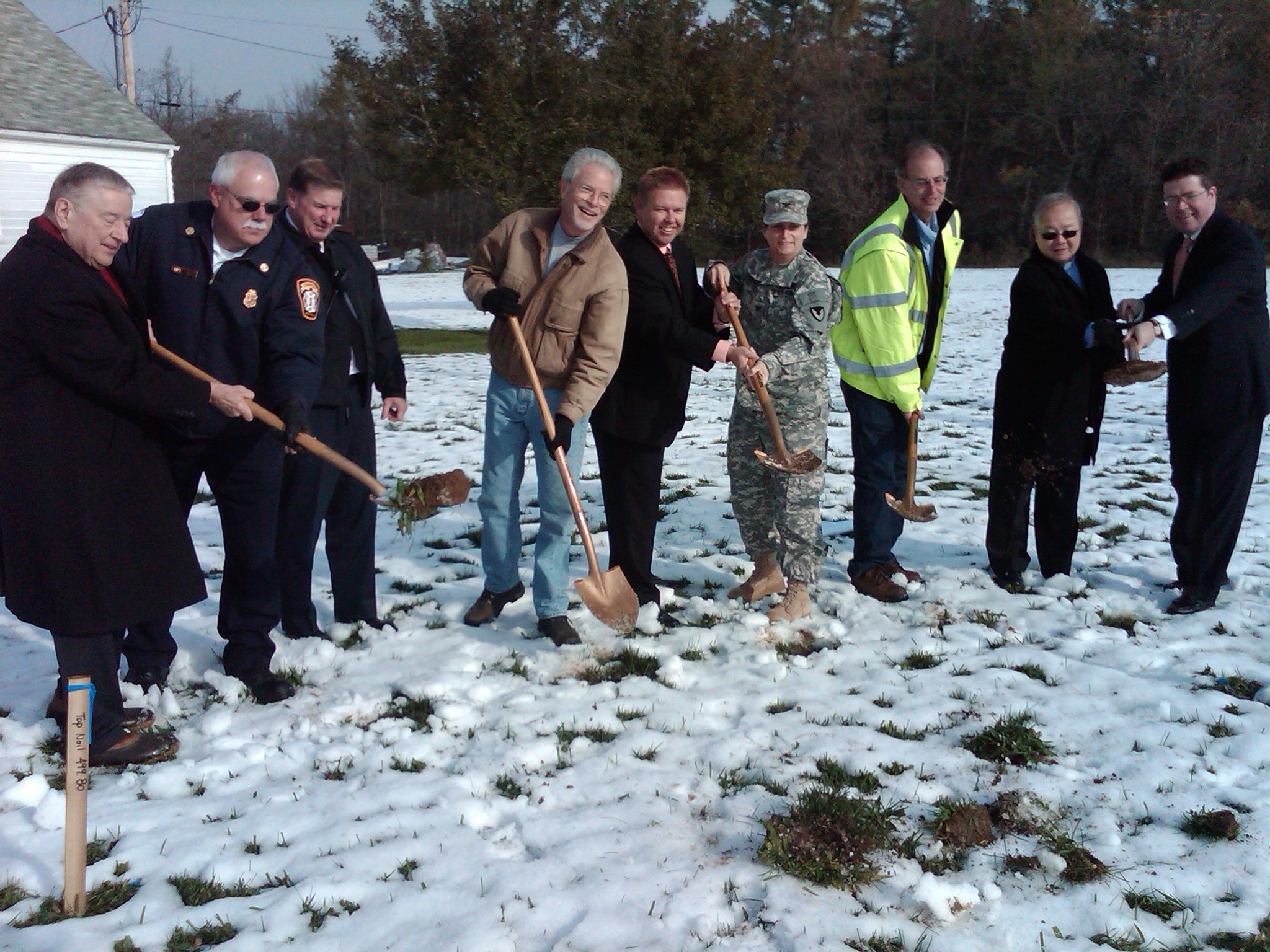 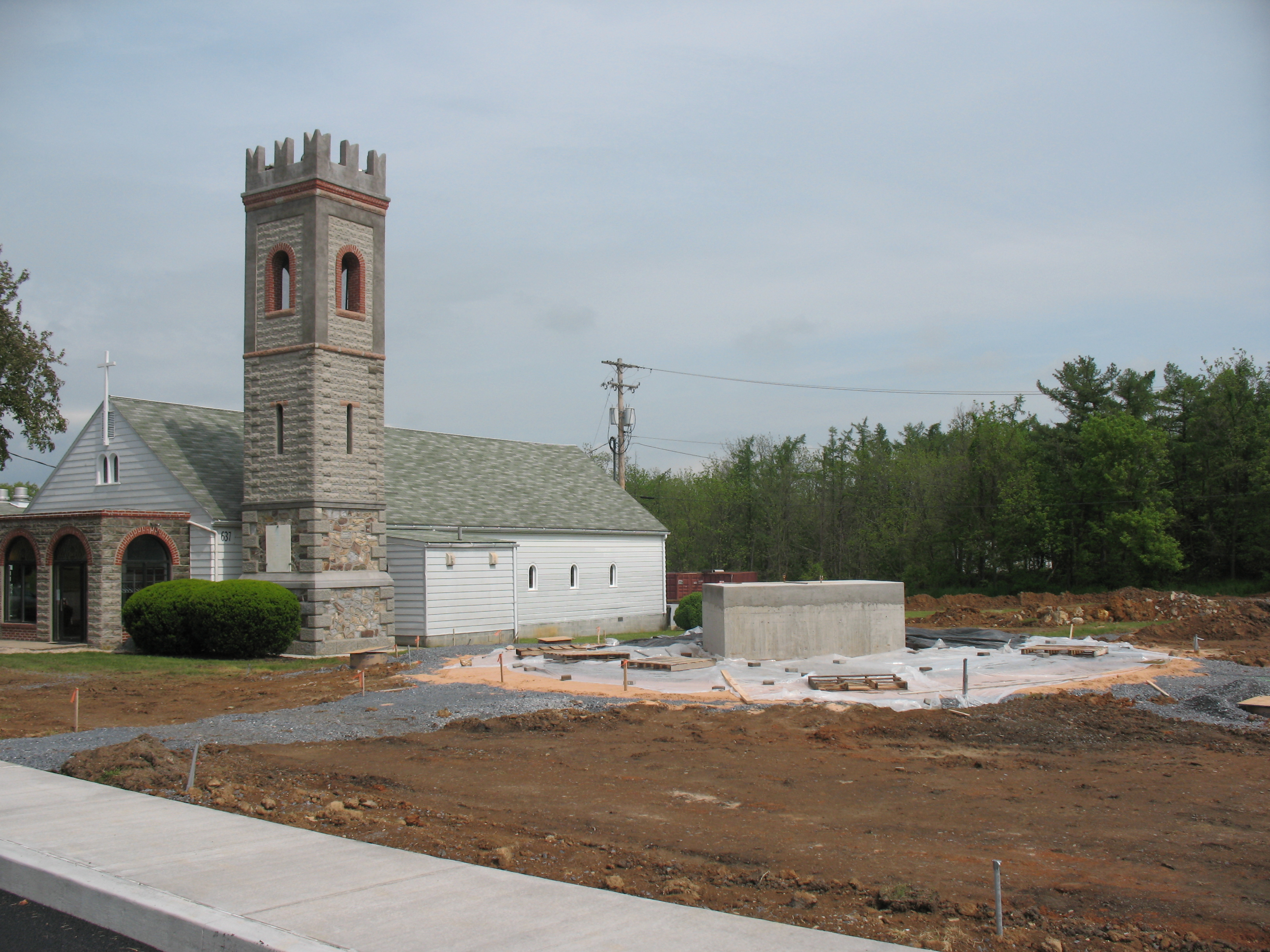 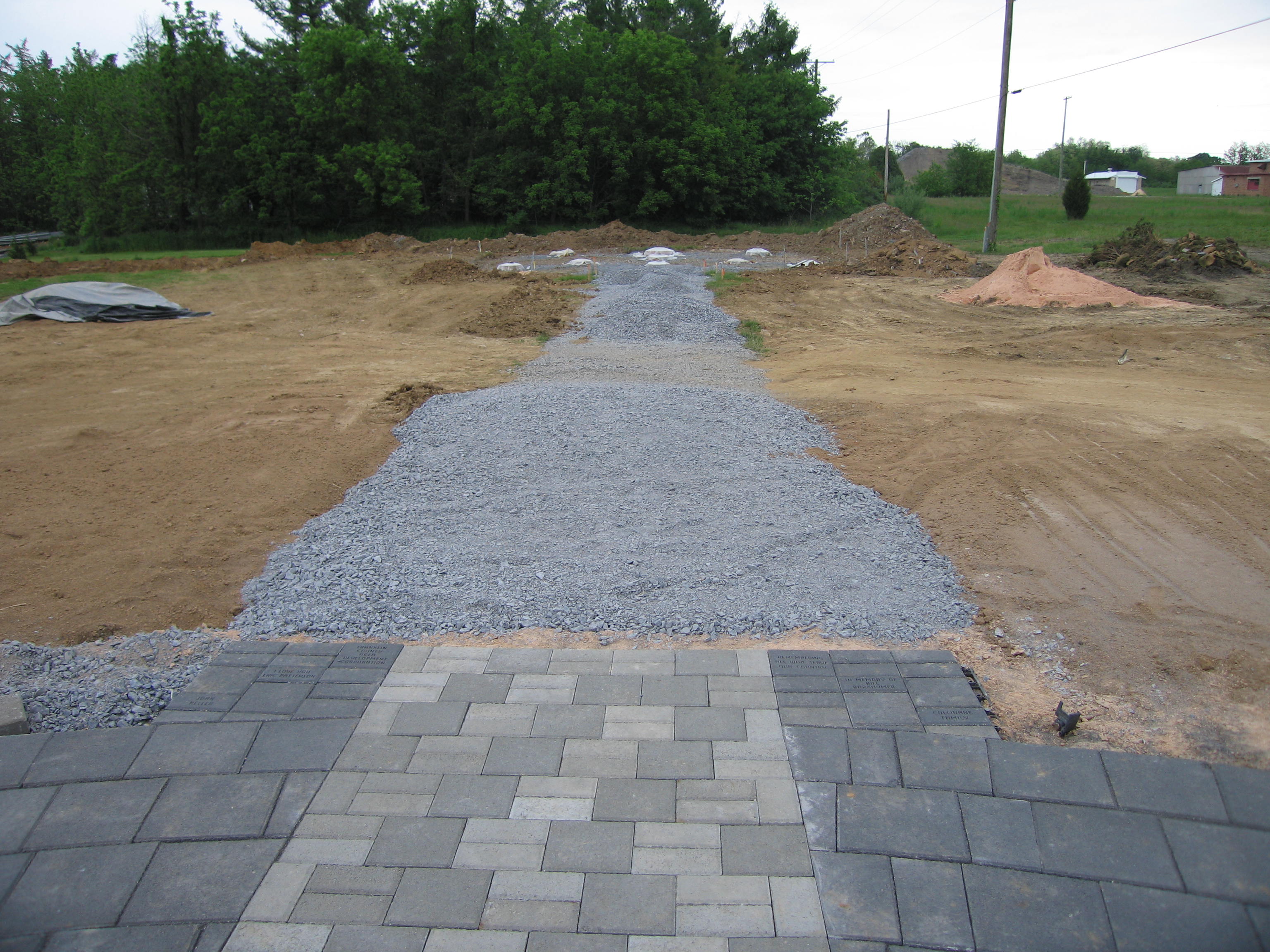 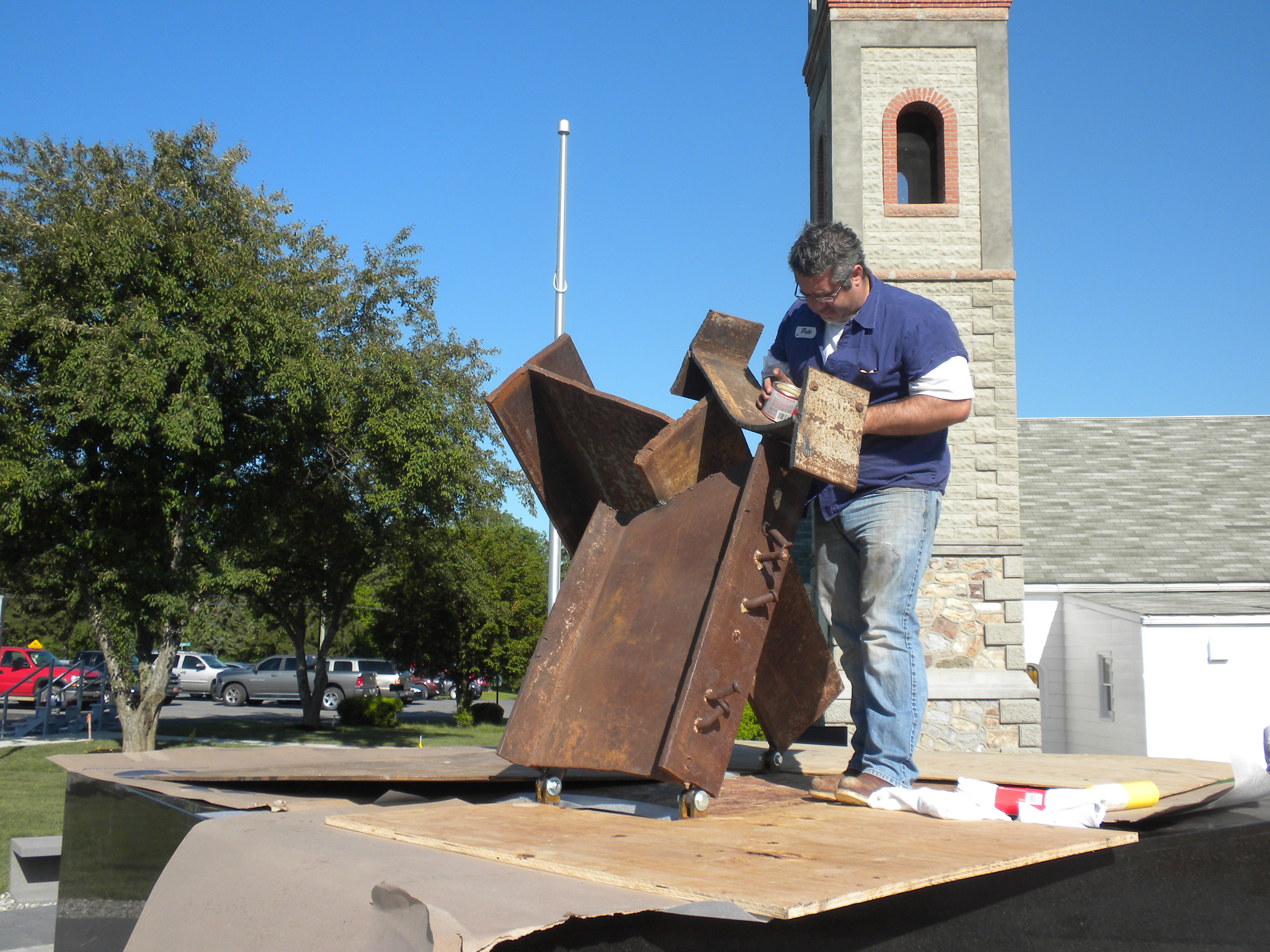 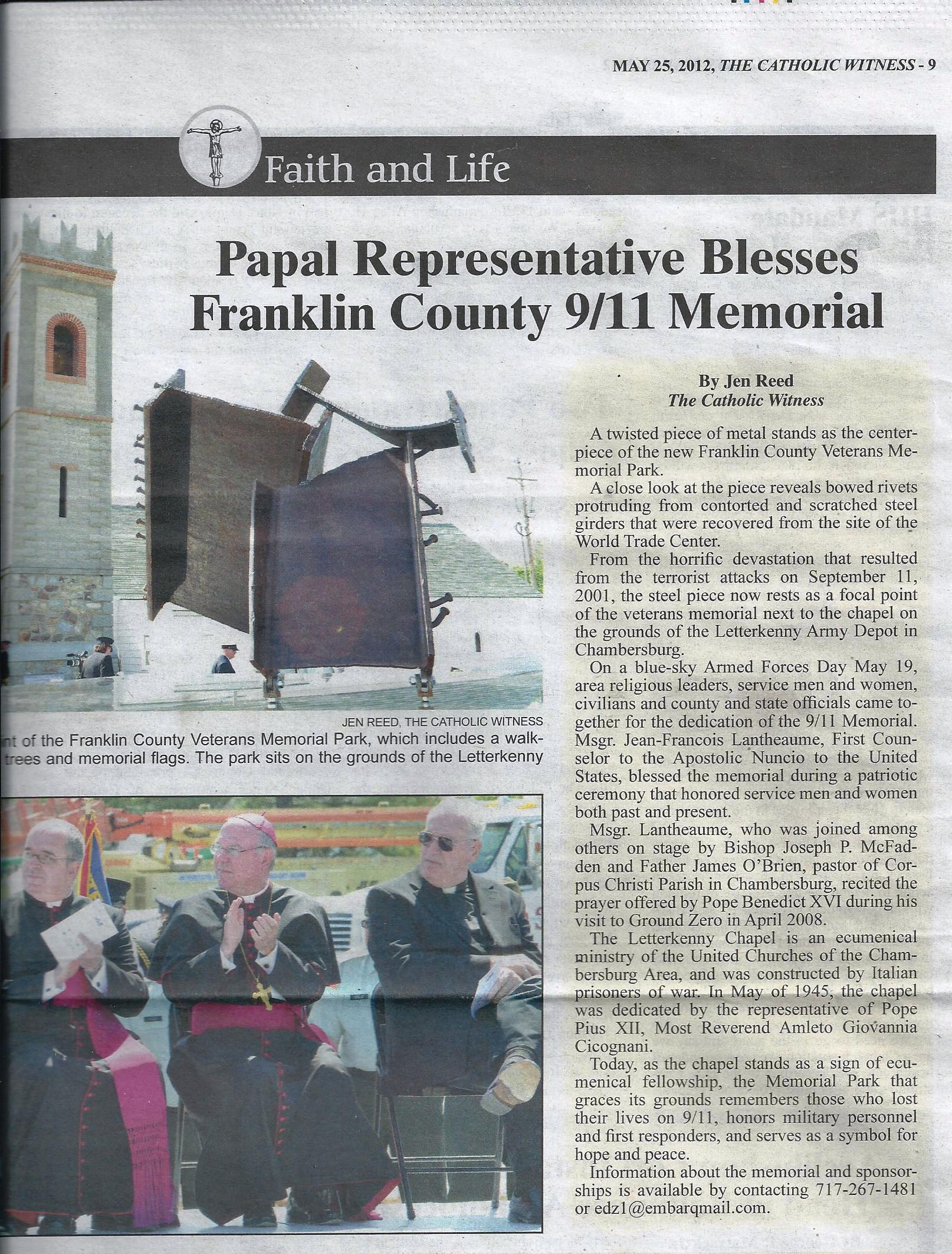 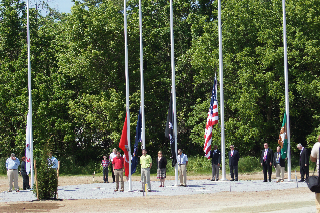 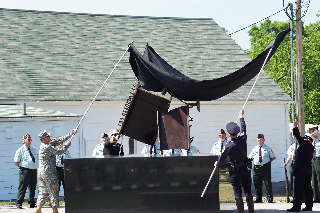 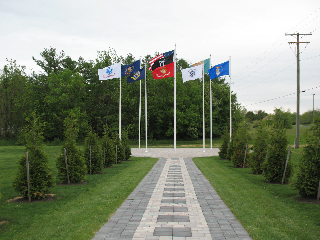 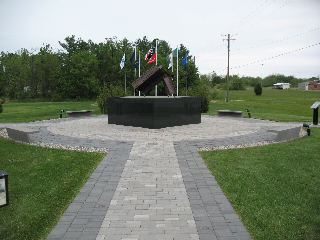 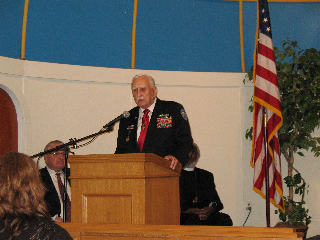 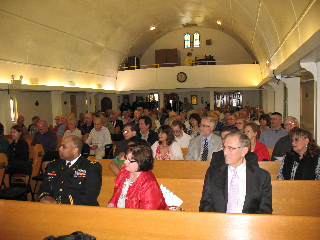 The flag raised is the official New York State September 11 memorial flag, which is flown at Ground Zero in NYC, and was unveiled by NY Governor Andrew M. Cuomo and the National September 11 Memorial & Museum, on September 6, 2011. The flag was raised in honor of the victims of September 11th and the countless first responders who came from all across the nation to help in the clean-up and recovery efforts; some from Franklin County. 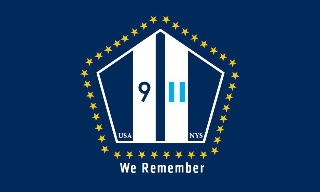 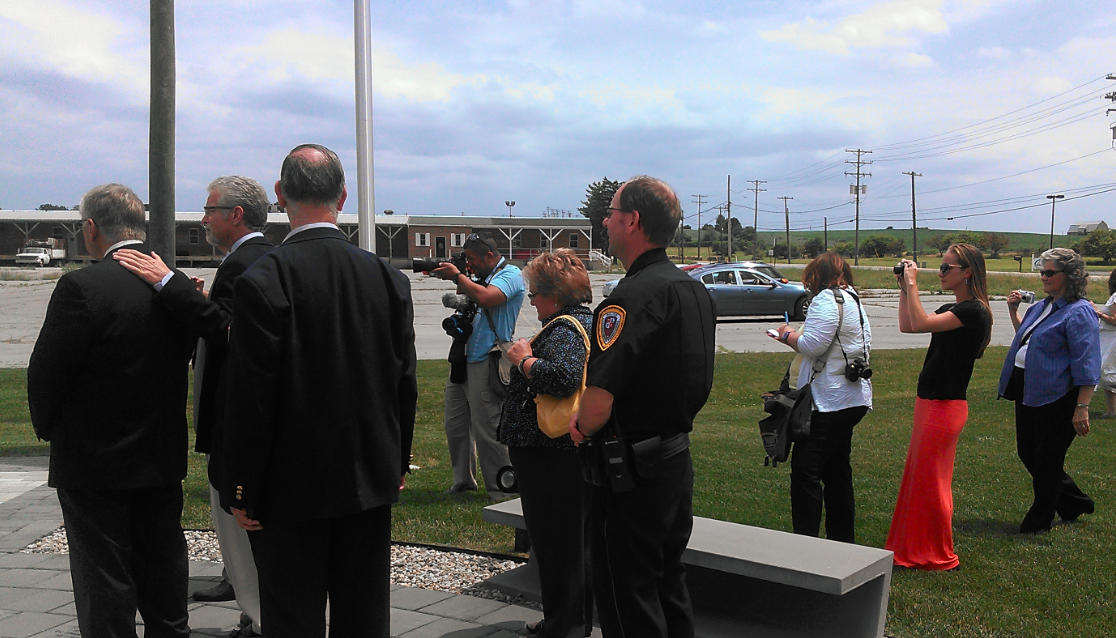 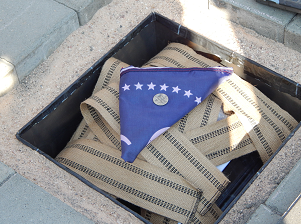 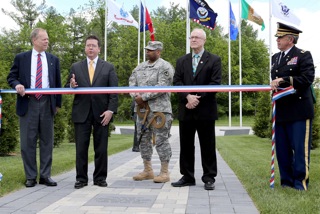 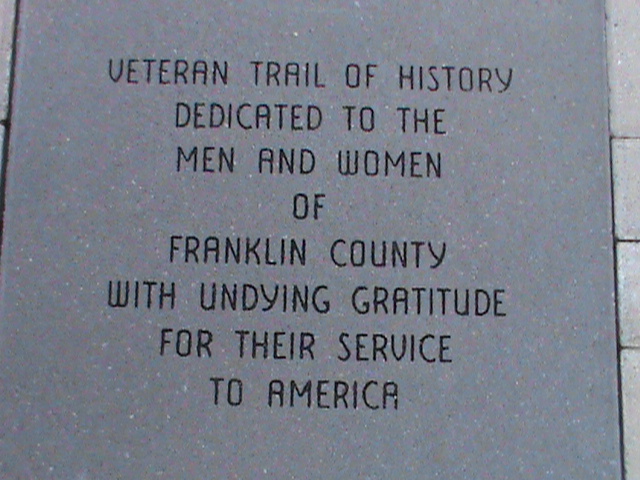